Fans of the Halo videogame have long anticipated the release of a TV series to expand the story of their beloved Master Chief and the Halo universe. To help bring that world to life for a streaming audience, Pixomondo's Head of Virtual Art Department Mujia Liao and Matte Painting Supervisor Dieter Magallan used HDRI sequences provided by MattePaint to help expand the popular game to a show that is now entering its second season. Dieter has been with Pixomondo since 2016 and recently moved into the role as Matte Painting Supervisor in their Toronto location. He has worked on over 20 high-profile VFX productions. 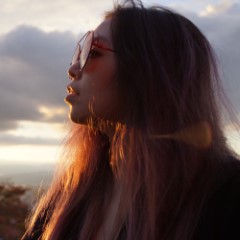 For the past decade, Mujia has worked mainly as a concept artist / matte painter. She has both supervised and worked with the team at Pixomondo since 2016, delivering over 40 titles.

To start, could you tell us about one of your key shots for the show?

Dieter: One of the biggest shots that we had to do had the character in a high-speed run towards a ship. Normally this would be a really DMP heavy task as the sky takes up so much of the shot but for this one we didn't actually end up needing any DMP on the sky. We pretty much did a selection from the site, and we just sent it directly to comp! There was obviously some work for colour matching to the plate and doing some final colour correction but nothing outside of that.

It was like this for the whole show. We used a lot of HDRI skies from MattePaint, it’s hard to say just how many. It’s just so easy to use them because they are pretty much ready to go, most of the time we don’t have to make any further changes to the MattePaint skies, we can just drop them straight in and they work, and because they are shot as a time-lapse, there’s always so many options to choose from.

How did the Timelapse nature of the HDRIs affect the production?

Mujia: We normally decide on the elevation of the sun, then we look through all the different sequences available on MattePaint and find the appropriate elevation and say “do we want more clouds? or less? Is the composition a few minutes later better?” And because we can download all the 2k resolution versions for free, we can quickly plug the whole sequence into our scene and we have the feel of the mood and composition and can commit to the frame we like best. It’s a really nice preview to be able to have.

"Because you can download every HDRI at 2k resolution for free,
we can quickly plug them in and get a feel for the shot."

Dieter: What ended up happening for Halo is that we had a conversation with the client about the skies for one of our key sequences, where we pretty much sat together and went through the whole library of HDRIs and made several selections to test.

That made the process really, really easy for us to find the right sky and saved us a lot of time because we used the same for the entire sequence.

"...everything is consistent, and it's just different times of day and times of year."

What unique challenges did you face using the HDRIs for Halo?

Mujia: One of our key shots [below] was a massive aerial shot of this sci-fi city with these epic mountains in the background. We initially had a more complicated sky with more defined clouds but in the end we went with a much clearer version because it was easier to integrate with such an epic environment. It was through that R&D phase and showing the client each iteration that we were able to identify this.

I think what's really nice about the MattePaint HDRI assets is that you shoot from the exact same location each time. So everything is consistent and it's just different times of day and times of year. This makes it very easy to find different looks with the same sun elevation.

For this environment we also needed to do a matching evening shot and it was just so easy because the MattePaint HDRIs cover the night time as well! We easily found a sky and just had to do a few modifications for the shot.

How have the MattePaint Assets changed the way you work?

Mujia: One of the biggest impacts, which we didn’t expect, is that our clients are starting to realise there is this huge resource of skies to choose from and they’re starting to become more relaxed and flexible with us. We still find, whenever they have a very particular look in mind, like if they want mammatus clouds or a really dramatic sky, then they'll stick to that idea, but with each production we've been able to suggest a variety of different looks and they're very flexible.

"...we can just swap ideas on the fly and our clients don’t have to make decisions too early."

There's some environments where we can literally change the entire look that the client wants. They might start out wanting a daytime, then wanting a night shot, then to a sunset. All of this is happening through the early phase because now our clients are realising they have so many options available to them.

And because so much is done in real-time now, we can just swap ideas on the fly and our clients don’t have to make decisions too early. They base their choices on the visuals we provide which in a lot of cases is driven by the HDRIs we choose.

How much time do you estimate MattePaint Assets are saving the production?

Mujia: Oh it’s absolutely massive! You see, the thing is that a good skydome can take 2-3 weeks to create, and even then, it will always be more painterly and less realistic than a native HDRI. But the reality can be even worse than that because clients change their minds all the time. I can’t count the number of hours we have spent on skydomes which are then discarded because of a new direction. With the MattePaint HDRIs, we start this conversation with the client really early, and if the client wants the sun a little lower, or a little more cloud cover, it’s as easy as selecting a different frame!

"What used to take 2-3 weeks, now takes just a few hours, and we get a more realistic shot."

Having that solid base is just priceless, and the studio is also noticing that it’s making our work more efficient which is making us more competitive, and clients love working with us because the sky is something that is typically driving the whole look of the environment. What used to take 2-3 weeks, now takes just a few hours, and we get a more realistic sky and even multiple options to choose from.

"There’s simply no other option for skies now, you guys have so many to choose from."

What is the best part about using MattePaint HDRIs?

Mujia: Oh the HDRIs are a total game changer. I think the best part about what you guys provide is the fact that they are time-lapse sequences and full 50k resolution. We can quickly put that into the environment and we can show many different options, and play with the time of day. There’s simply no other option for skies now, you guys have so many to choose from and we know the quality will hold up for anything we want to do with them, including 4k shows. Plus, they’re just ready to go straight from the website! 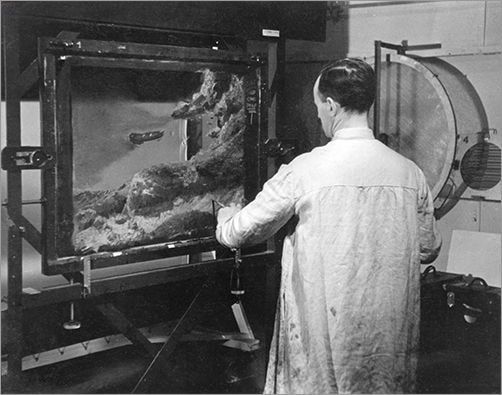 Matte painting was invented around 100 years ago, and while the technique's have changed drastically since then, there are still many fundamentals of matte painting which play a key part in today's pipeline.