The judges have selected their finalists and winners!

The MattePaint contest spanned 5 weeks and artists around the world were charged with creating a photo-realistic environment piece using MattePaint assets.

Here are our finalists!

A massive thank-you to our community for the contest being a huge success! For us and our judges, the main goal of a contest isn’t about seeing the final submissions, it’s about the interaction we have with the community, watching the progress of submissions and seeing how they evolve based on feedback from other artists and the judges. There’s little more rewarding than watching an artist take on feedback and propel themselves to the top spot as happened this month!

All our finalists had some great elements in their pieces. There was a lot of variation the Judge selections and, with the exception of 1st place, it was an extremely close race!

Restraint is one of the hardest things to achieve in art, especially when you are good at your craft. Stephanie made the perfect choices of just how far to go with each element in this piece.

Her execution was absolutely top-notch. So much so that, in order to appreciate the piece in full, we had to refer to her breakdown clip. Check it out below.

Update: In the wake of the contest, Stephanie received 2 offers from separate studios in Canada…
She starts at Dneg Vancouver in June! ?

Juan combines 2D with 3D to a level you would expect at a studio for full matte painting. Amazing handling of atmospherics and grading.

The only element holding this piece back is a problem with perspective and scale; the city and planet don’t quite marry up in terms of perspective, we’re looking down on the planet but out along a city. By covering up the top 2/3 of the image you can get a better idea of the mixed perspectives.

The city could afford to be a little smaller and have more high-frequency details to really sell that the camera is in space.

Update: Juan is working at The Mill in NY doing commercial matte painting and 3D work. He is considering pursuing a film career.

This could easily be the background plate for a movie, showing a fictional mountain top village nestled high up in the Himalayas. Matthew does a great job of controlling the light to create darkness, without creating a dark image.

We would have liked to see the image exposed a little brighter, particularly to balance it for internet viewing — in a film setting the environment is always dark.

Matthew has shown how a veteran matte painter works with images to produce a plate in brilliant fashion. His title and 2nd place is well earned.

Matthew is working at FuseFX in LA as a matte painter.

Leonardo’s piece is reminiscent of the old animated Cinderella art from Disney with classic castle architecture in the distance as we peak through the forest with golden rays of light, it’s just beautiful. The child playing in the trees gives it some innocence in an enchanted land and invokes immediate intrigue.

What really pushed this piece ahead of the rest was Leonardo’s ability to take feedback and criticism through the MattePaint Community. It’s an excellent example of how feedback from your peers (including those at the same level) can improve your techniques. Every artist should be ready to listen to their peers and not be afraid to make major changes to your work. Because of this, the piece was really able stand out, you should be proud Leonardo!

Leonardo is a Creative Retoucher based in Italy.

Keep an eye out for the next MattePaint Contest by joining the Community and signing up on MattePaint.com

Thanks to everyone who got involved! 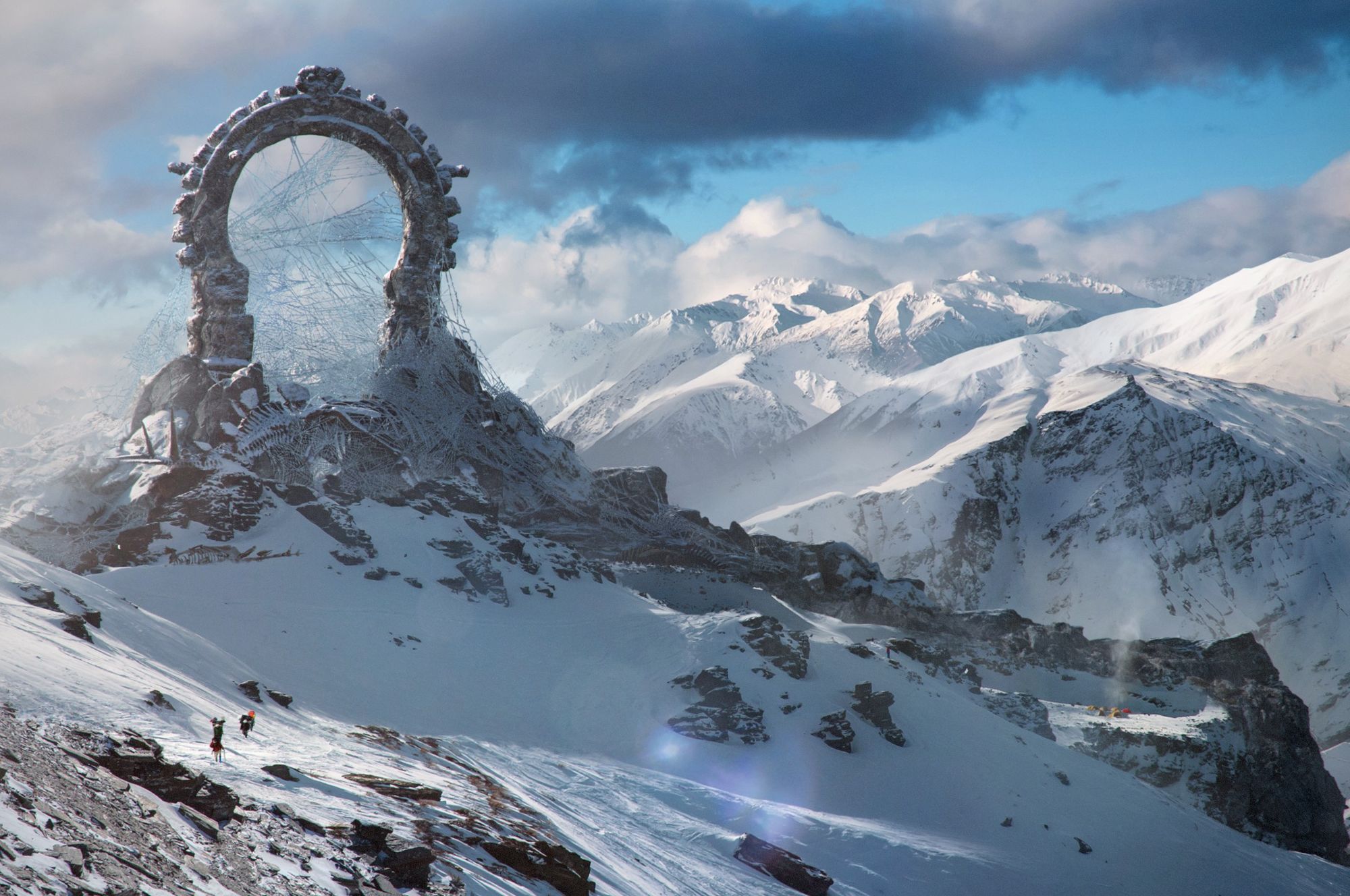 By Oleksiy Golovchenko This guide goes hand in hand with our Art Guides. Each pack is created by a different artist who also creates the cover image. This article is designed to guide you in creating your own artwork. Enjoy!