Another pack for the concept artists! Aerial shots of the Volcanoes and islands of Hawaii. Epic mountains stretch out from the ocean covered with lush greenery, perfect for a Jurassic setting!

Jeff is a freelance matte painter currently contracted at Dneg.

I wanted to do a homage to the WWII era where Hawaii was an outpost in the pacific where ships would go rearm and refuel. So I wanted to get that story in there and I came up with the idea that this huge space fleet was landing at this refueling facility before heading off on whatever mission they have next.

It was kinda a random idea. I had a look through all the images in the pack and immediately knew I wanted to put some space ships into the scene… I mean, that’s clearly what interests me when you look at my work. When I saw the aerials from the Hawaii pack it reminded me a lot of the TV show The Pacific, so I drew some inspiration from that and just went from there.

It’s funny, I often find it hard to pinpoint exactly where my ideas come from because it’s often something that just evolves over time. In this case really, it was the actual process of looking through the images that inspired me.

When i started I picked out all the images I thought could work and really quickly bashed them together into a few different compositions. You can see in the screenshot I sent. I just ended up using the one that I thought suited best for my idea and I really loved the epic wide angle the composition had, it gave me a lot of room to scale up the ships and make it look huge.

The ships are all kit-bash models, the main one is from Nick Gobachko and the other one was from Vitaly Bulgarov’s mega structures kit which i use all the time. I didn’t do any custom modelling except for some shadow blockers.

For the lighting, I used a free HDRI from HDR haven which are great quality and all you really need for personal use. The other main part was taking the matte painting base I did and projecting it onto some geometry to use as an emissive material which meant I could get some of the colours of the matte painting spilling onto the ships to help with integration.

And that was basically it… I dropped a basic directional light to get some hard shadows and hit render, nothing too complicated!

For the kitbashing stage and layout plus creating the camera I used Maya. Then I brought the whole scene into Clarisse where I did all the lighting, lookdev and rendering.

Then final stages of painting, integration etc was all Photoshop.

The images weren’t too bad! Obviously they’re lower quality than a matte painting needs but the details and lighting were so nice that it made it easy to work with. I knew i didn’t have to make a fully photo-real matte painting so the images were great.

You know, it would be cool to make a series of 5 or 6 angles of the same thing and tell more of a story. Obviously I didn’t end up doing that cause it’d be a lot of work, but what I love about the pack is there are so many different angles of the same environment that you could actually do this as an exercise.

Oh man, why do I do art… Well, when I was a kid I was always drawing. My parents owned a restaurant and we didn’t have a full-time sitter so a lot of the time I’d sit in the restaurant all day. I had little place mats and i’d draw these 2D scenes on them. Once I went to school I was always that kid who would draw on the back of test papers!

After school I decided to get into games because I loved playing them. It didn’t happen because I didn’t live in city where there were any AAA game productions. But I did end up finding myself in VFX and doing matte painting.

I’ve done a little bit of games of course, like Gear of War 5 most recently and that was great, but Vancouver doesn’t have much in the way of the kind of games I’d like to work on. On the flip side, I don’t really want to move from Vancouver! It’s kinda nice here… haha.

Jeff is a freelance matte painter currently contracted at Dneg. Follow him here:

This interview is part of our Hawaii photo reference pack. Jeff created the amazing cover art and interview. There is also a guide on how to recreate his work. Here are a few useful links if you’re interested: 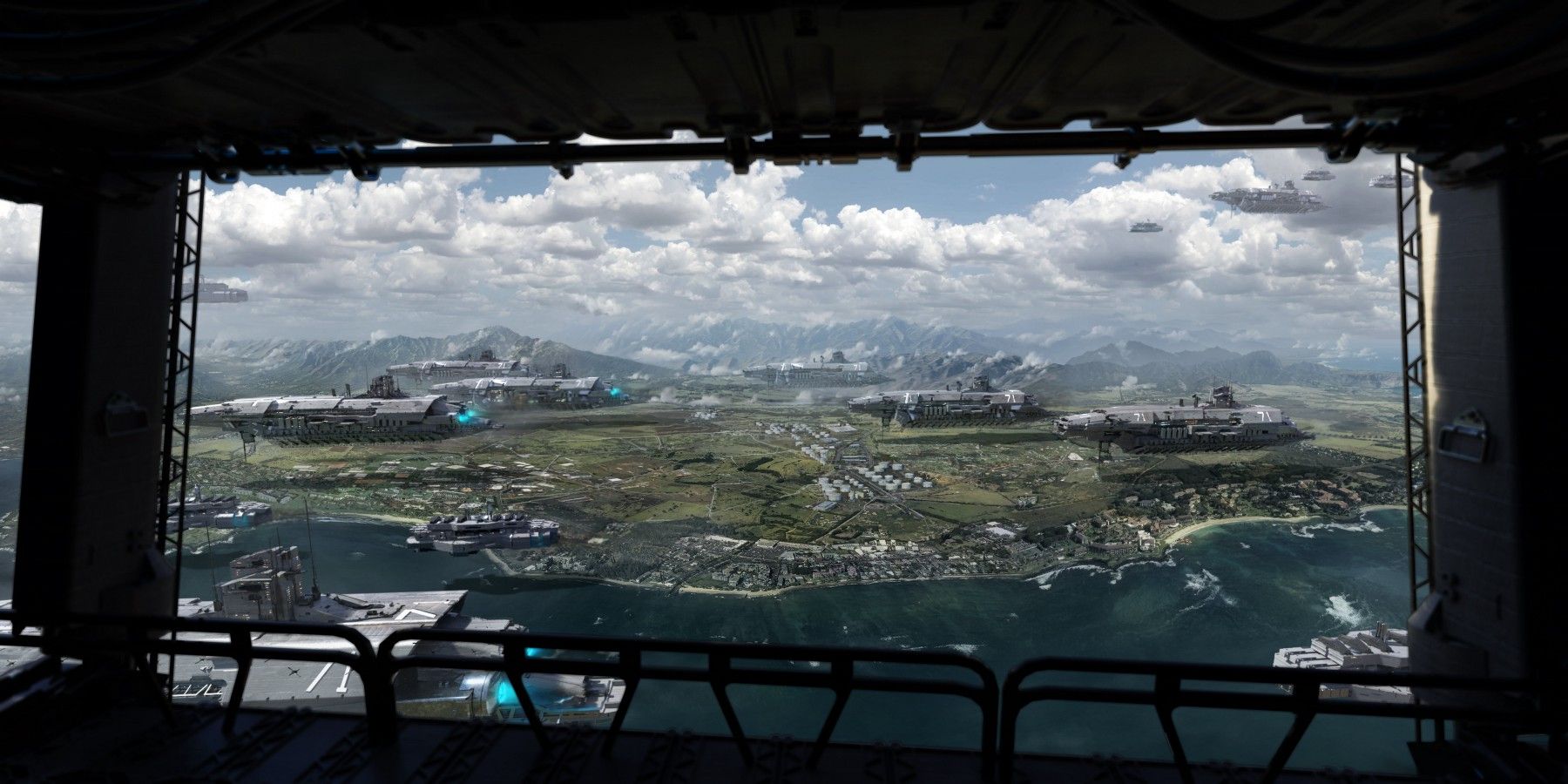 Jeff Bartzis talks to us about and guides us through the process of creating his Cover Art Image for the Hawaii Image Pack.

The MattePaint contest spanned 5 weeks and artists around the world were charged with creating a photo-realistic environment piece using MattePaint assets.