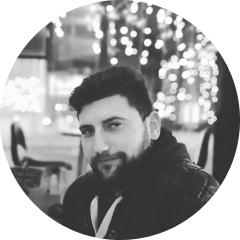 Hello, my name is Nikola Angelkoski and I’m a Concept Artist/Generalist working in the film and game industry.In the past couple of years you have probably come across some beautiful concepts from artists like Jama Jurabaev, Maciej Kuciara, Jan Urschel etc., that look a lot like a screenshot straight out of a movie. In the description of these concepts you came across the term “Keyframe” and you’re wondering what it means? Let me explain:

Think of Keyframes as important moments in the story

A Keyframe concept is a concept illustration of a “Key Scene” from the movie script that is usually used to convey the feel, style or look of a specific scene. Think of Keyframes as important moments in the story that are usually drawn by the storyboard artists. Due to the importance of these, they are further developed into concept illustrations to show the directors or producers what the movie might look like.

To become better in Keyframe design first you have to study cinematic composition and how the visual representation serves the overall story in the movie.

One way to practice cinematic composition is to copy the look and feel of 'stills' from movies. Why study from a movie already made? Well even though they have amazing rendering skills, a lot of artists feel like the image they created is over cluttered with information or it feels as if the emotion the artist is trying to convey is not property captured in his/her piece. So, directly copying an existing frame from a movie helps you train your eye for what exactly you should be looking for when composing your next piece. Some sites to get movie stills are Filmgrab and Evan Richards.

Every composition you create is first defined by the dimensions of your frame. The width and height of a frame is referred to as the aspect ratio. Some of the more commonly used aspect ratios are:

If you want to explore more examples of other aspect ratios on different resolutions, I highly suggest you to visit this link: ChameleonDG

“The size of an object in the frame should be directly related to its importance in the story at that moment.” ~ Alfred Hitchcock

Think of composition as placement of your subjects in the scene, whether there is only one or several elements in the frame that can be used to visually show excitement, tensions or suspense for the audience.

One of the oldest conventions used to create harmonious compositions is known as the Rule of Thirds. By dividing the frame into three pieces along the width and height you are creating spots where the lines of the thirds cross, providing a guide for the placement of the subject.

Depending on the angle of your camera position, you can tell the audience how to perceive that subject. If you have a high angle camera above eye-level, it results in us looking down on the subject ( showing weakness, defeat, vulnerability). A low angle, placed below eye-level, shows us the subject in power (showing confidence, control, power etc.).

Depending on how you place light or how you size an object in your frame can affect the perception of the audience of that subject, making the compositions feel balanced when objects in the frame are evenly placed. Unbalanced compositions for example could be when the focus is pointed only in one area of the frame while accompanied by disorder, chaos and tension.

Focal points, or the center of interest in the composition are the areas where the audience's view will focus on because of the arrangement of the elements in the frame. Focal points can include one or more subjects and are commonly created using the compositional guides as mentioned above.

By adding depth I’m not just referring to depth of field, but depth cues. This way you’re adding interest to the two-dimensionality of the frame to produce a believable three dimensional space. The relative size of a depth cue is based on the idea that two objects are the same size, and by seeing a smaller one, this is perceived as being further away, thus creating the illusion of depth.

The Establishing shot is usually an exterior that showcases the location where the following action will take place.

Over the shoulder Shot

These shots are primarily used whenever there is a conversation between two or more characters or when a character is looking at something.

The Long Shot includes whole characters in the frame, along with a large portion of the area where the action will take place. There are also extreme long shots that can convey the smallness of a subject in the established area.

Close up shots are mainly used to show the character’s behavior and emotion.

As an example, I’m going to do a breakdown of how I approached my project “Evolution 169”

Remember when I mentioned stealing compositions above? My main inspiration was the promotional material for Alien: Covenant, the making of Walter.

Even though I follow the same idea of an android being constructed, I solely keep my focus to the focal points and camera angle ideas.

For this frame I went with a medium long shot. Why? Well because this is an interior and the overall action takes place in this room. I still wanted to show the emptiness and coldness of the environment while being accompanied by the sunset with the moon in the shot, representing the ending and beginning of something new.

Because this is a story about an android being constructed; I wanted to start off by showing the unseen. I wanted to draw the audience to the center of the frame (the covered body, a lifeless element).

The two characters in dark hazmat suits serve as both guides to the focal point and as a symbolic element of being the “creators” of the robot.

You will also notice that I’m at a low angle camera view. The reason why I went with that angle of view is the first main thing you will think is - “Oh its because the humans are it’s creators so normally they will be seen as the dominant one”. Well true, but also focus on the table. See the statues holding the bed of the android? That background detail alone helps you create an idea in your head that what is created might be worshiped or even seen as god.

In the background you will also notice a balanced split. On the left side are the humans and the statue of David, symbolizing the things created by nature itself. While on the right, the aspect of artificial; things created by the human hand. So naturally, the center where the robot lays, represents the merge of the two.

The depth of field and depth cues are added to guide the viewer to the center focal point.

For the second frame, again I went with a low angle, medium shot camera view. Here you will notice that the human is barely visible in this shot. I made his hazmat suit to be darker and pushed in the back so my main focal point (the android) is well lit and the center of attention.

The pipes and UI element serve as a guide to the head of the android, as this is the place where I want the viewers to focus.

The depth of field is not so shallow, because I wanted the viewers to see that the elements used to create this robot are a copy of the human anatomy. Symbolizing the look for perfection, and immortality.

The third frame is opposite from what we’ve seen so far. It has a high angle, medium shot. I’ve added the plastic cover to have small bounces of uneven lights covering the android as well as robotic arms covering half of her face. This way I have created an unbalanced composition that shows the facial expression on the android (fear). In this frame, the android has been awoken mid construction. The high angle represents her fear of her current state.

The fourth frame shows us the android being an exact copy of a human. She is sitting alongside her bed, calm and her eyes are pointed towards her creators off camera.

For this frame I intentionally went with an eye level camera to show her being an equal to mankind with a few elements of machinery in the background to show that she is different from the rest.

The final shot also includes a vast landscape viewed from the windows of the interior. Here I wanted to show her significance in this world while still having the Moon and Sun in the frame representing the unknown fate she will bring.

If you want to learn more about the cinematography techniques I highly recommend these books:
- The Filmmaker's Eye
- Filmmaker's Handbook: A Comprehensive Guide for the Digital Age

I hope you have enjoyed my article and learnt some things! If you would like to see more of my work or want to connect, you can find me at: A new way to participate in MattePaint Challenges is here! 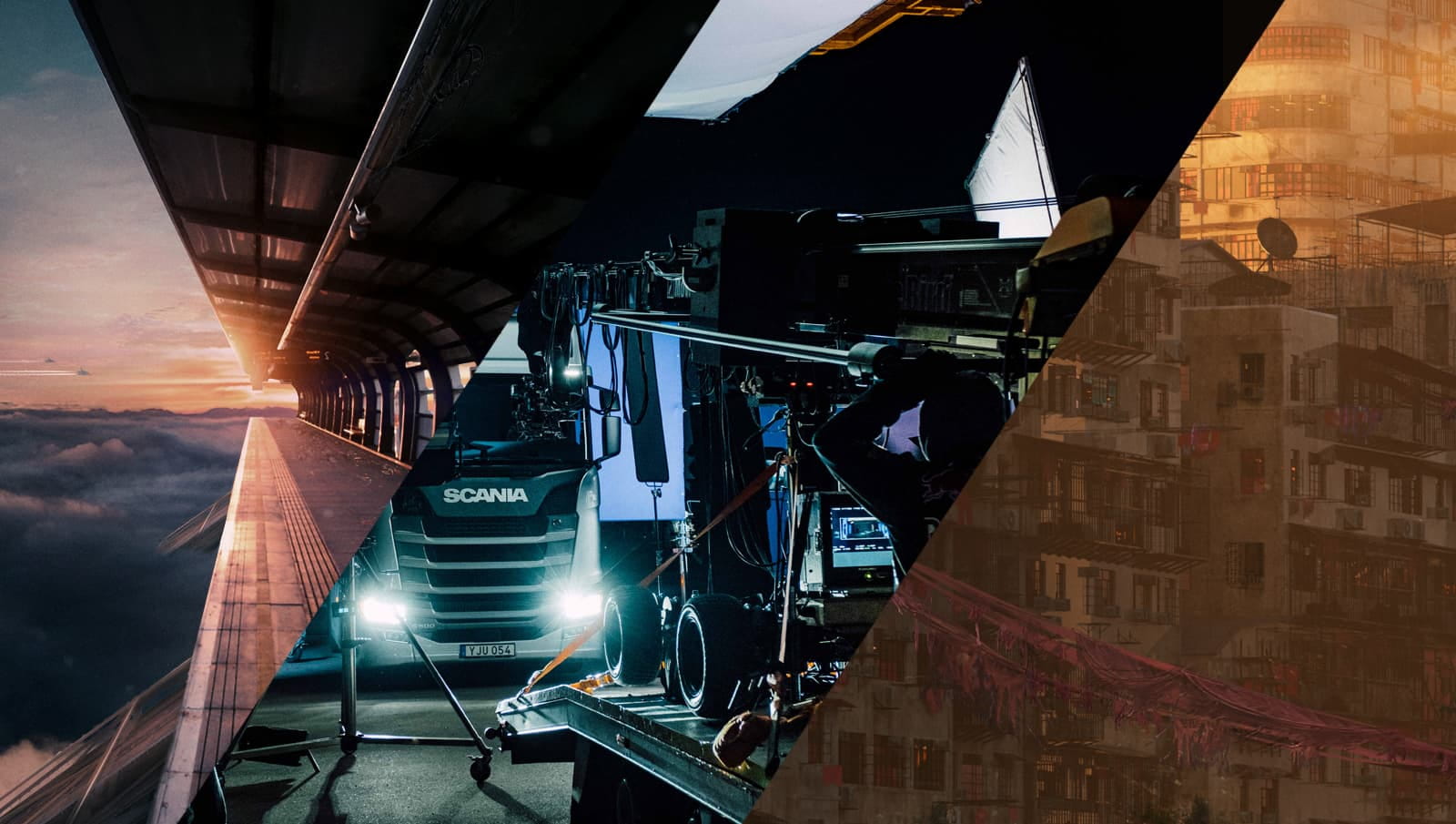 Get a rare insight into the day to day of working within the VFX industry from Senior Visual Effects Artist for Post Panic, Guido Ekker